It brings us great pleasure to inform you that our products have recently received awards in many prestigious contests and programmes.
The recognised products of the Bracia Dobrowolscy line are based on our love for the tradition of meat production and perfect, natural ingredients.
This convinces us that products of rich taste and authority find their place on your tables.
The Dobrowolscy-brand quality enables us to proudly recommend our products to your families.

We Connect Generations Through Taste 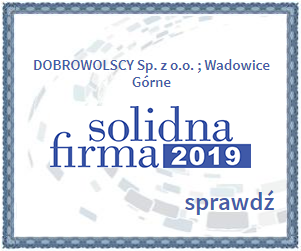 Another award for Dobrowolscy! We also received Reliable Company Certificate (Pol. Certyfikat Solidna Firma) for year 2019, as a confirmation of dependability and credibility of our company and our activities. It is a proof that our company respects consumer rights, occupational health and safety rules and settles accounts with contractors and employees in a timely manner. In addition, the award shows that all our activities result from the awareness of joint responsibility for the natural environment and promotion of pro-ecological activities. 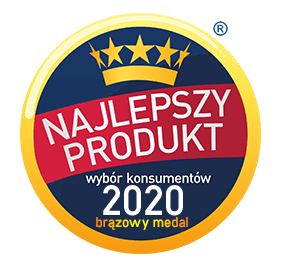 Once again, the Best Product certificate 🥉 appears in our showcase with awards. The bronze medal in “Cold meat and meat products” category was won by the Barrel from the Brothers, and the products in jars received the same distinction in the category: “Pates and canned food”.

Let us remind you, The Best Product – Consumer Choice (Pol. Najlepszy Produkt – Wybór Konsumentów) is a survey aimed at selecting the best FMCG products that reached the shelves last year, based on customer feedback and reviews. 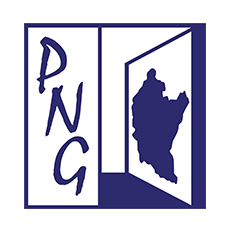 The Subcarpathia Economic Award has officially joined the fold of Dobrowolscy’s awards and certifications.

The Subcarpathia Economic Award (Podkarpacka Nagroda Gospodarcza) is an award granted to companies with an established market position that also promote their positive image. The winners are distinguished by their use of modern technology as well as their focus on learning about the needs of their customers and striving to meet them. The award serves as a confirmation of a company’s dynamic development and the high quality of its products.

The 52nd cold meats competition called ‘Highest-Quality Products in the Meat Industry’ – Autumn 2019 included such categories as smoked meats, dried sausages, tender dried sausages and raw, ageing meats, with cold meats made using traditional methods being its own, separate category. The basis for qualitative assessment of the products was a sensory analysis as well as a verification of their chemical features in accordance with the standards declared. The jury recognised the quality of such Dobrowolscy products as the ham from Wadowice, the sirloin without preservatives, traditional home-made sausage with ham and the traditional ham from Wadowice. 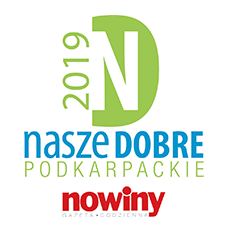 Our Good Products from Subcarpathia

Yet another award for us! This time it was the traditional ham sausage from Wadowice, made according to the recipe by the Dobrowolski brothers, that was recognised in the ‘Our Good Products from Subcarpathia’ (Nasze dobre podkarpackie) competition.

The purpose of the ‘Our Good Products from Subcarpathia’ (Nasze dobre podkarpackie) competition is to promote the best products and services from the Subcarpathia region of Poland. The traditional ham sausage from Wadowice, made according to the recipe by the Dobrowolski brothers, was recognised for its quality at the 16th edition of this prestigious event. 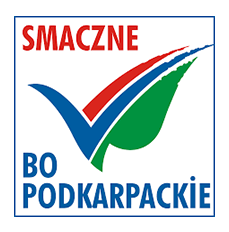 “Tasty because Sub-Carpathian” (Pol. Dobre, bo podkarpackie) is a program which certifies the best food products of Subcarpathian Voivodship, which is extremely rich in terms of traditional recipes and known for its exceptionally high quality of food products. The certificate is an award for products which meet the quality, sanitary and health requirements. It is not only a great achievement for a company, but also an information for consumers that it is a brand which offers fully safe, healthy and tasty products. Dobrowolscy’s product line called Polish Titbits has been awarded the “Tasty because Sub-Carpathian” certificate.

Dobrowolscy in TOP10 of the Food Industry in 2019

Dobrowolscy company has took its place in TOP 10 of the food industry in 2019 The company is represented by Tomasz Zubilewicz.

“Pearls of the Market” (Pol. Perły Rynku) is a Polish national and independent industry plebiscite in which retailers choose the best products new on the market. Its goal is to select and recognize the quality the newest products of food, cosmetics and chemical industry.

“Pearls of the Market” is not only the biggest, but also the oldest project in Poland, in which consumers choose the best products among those which appeared in stores. Every year there is over 400 nominated product, but only those deserving to be awarded with Golden, Silver of Bronze Pearl take their place on the podium.

“Fair Play Company” (Pol. Przedsiębiorstwo Fair Play 2019) certificate is given to reliable companies which care about the environment and which are honest in relations with their customers. It shows that the company creates the conditions which result both in effective work and professional development of its employees. Moreover, it means that the company advertises itself in a manner that does not discredit other merchants and offers satisfactory product quality to its customers. 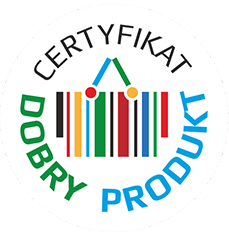 Good Product Certificate (Pol. Certyfikat Dobry Produkt) is given to the companies that set market trends and are exceptionally sensitive to their customers’ needs. Its goal is to promote Polish food and the best food products characterized not only by high quality, but also by traditional approach and regional recipes. It is a symbol of appreciation for supporting and creating any positive changes taking place in the Polish food industry and trade. 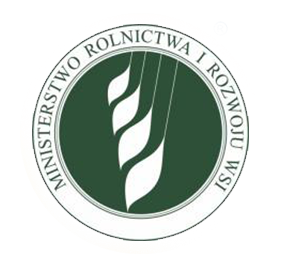 The purpose of the national list of traditional products is to record and promote native food produced in accordance with traditional methods without any chemical additives, as well as to increase consumers’ knowledge about regional cultural heritage. This register is a kind of guide to the regions of Polish cuisine and the source of information about production traditions and unique qualities of these specialities. The list includes only those products which quality or unique features come from using the same traditional production methods for at least 25 years. Production methods are part of local communities’ identity and the cultural heritage of the region in which they are used. 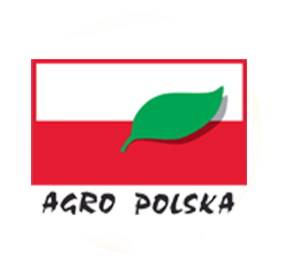 Farmer’s ham, Krakowska sausage and Traditional ham sausage from Wadowice have received the award of the Agro Poland products promotion program. Thank you! We strongly encourage you to try the awarded products. 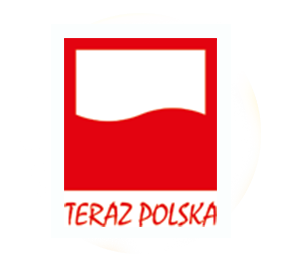 You often ask us about preservatives. Our answer is: we stay away from them! Our products have been awarded at 29th edition of the Best Products and Services contest. Polish Promotional Emblem “Poland Now” has joined our collection of awards. 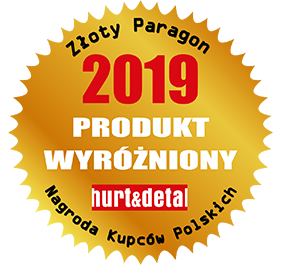 The Golden Receipt - the Award of Polish Merchants

“The Golden Receipt – the Award of Polish Merchants” (Pol. Złoty Paragon – Nagroda Kupców Polskich) is an award for products that have had a particular impact on the development of retail trade in Poland and are the most competitive. The products are chosen by the readers of “Hurt & Detal” monthly magazine. In 2019, over 430 products of 65 categories were submitted.

We are proud to share the good news with you! “Ham from Wadowice” is the winner of “weighted meats” category. Thank you! 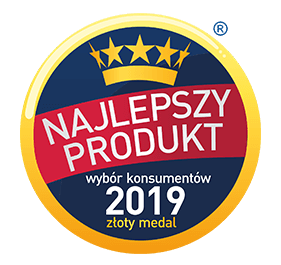 The aim of Best Product – Consumer Choice (Pol. Najlepszy Produkt – Wybór Konsumentów) survey is to select the best products of the last year based on consumer feedback and reviews. It helps us to select the most successful market launches and shows which products are most popular among customers. 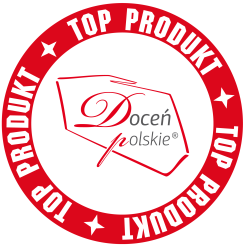 The “Doceń polskie” (“Appreciate the Polish) quality certificates, the promotional emblem, and the prestigious titles of “TOP PRODUKT” awarded by food and food technology professionals, awarded only to native Polish edible goods distinguished by an appropriate taste and look, as well as prices relative to the quality.

The Dobrowolscy Brothers product line has been granted the Family Brand of the Year 2018 (Pol. Rodzinna Marka Roku 2018) title and certificate.

The title has been awarded in recognition of the company’s efforts to ensure the highest quality of products and services offered. Its objective is to select and honor those who constantly strive to raise standards and introduce modern solutions for the most demanding customers.

Receivers of the Family Brand of the Year title are the trustworthy and recommendable companies offering highest-quality products, using the latest technologies and innovative solutions, prioritizing quality and reliability. The award winners strengthen their position among the market leaders and are identified with the highest quality of products and services. 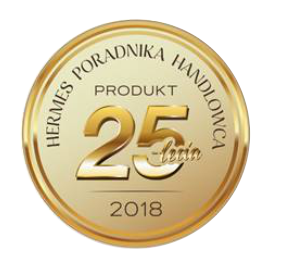 Most appreciated brand and Producer 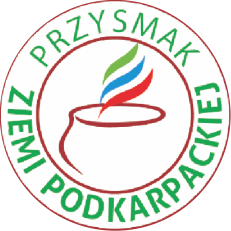 The Tender Dried sausage from the Brothers obtained the Przysmak Ziemi Podkarpackiej (Subcarpathian Delicacy) award, conferred by the Contest Chapter during the Subcarpathian Day of the Meatmaker for the best meat product. 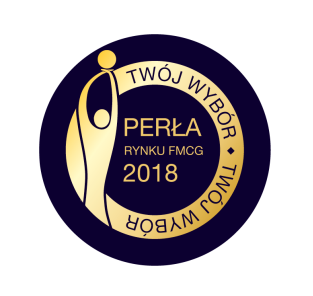 Award in the largest and one of the oldest product-voting projects aiming to distinguish the best products in the market – “Perła Rynku FMCG 2018” – GOLD, awarded by retail sellers for the highest-quality new products in the most important categories 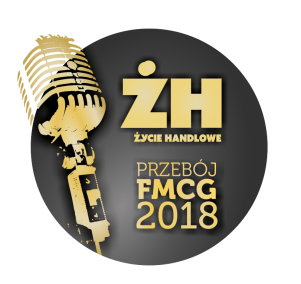 Marinated Ham from the Brothers a FMCG hit 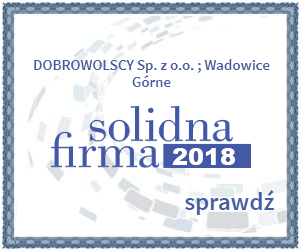 Another award for Dobrowolscy! We have received Reliable Company Certificate (Pol. Certyfikat Solidna Firma) — a confirmation of credibility and dependability of our company and our activities. It is a proof that we not only respect consumer rights, health and safety rules, but also settle accounts with contractors and employees in a timely manner. Additionally, the award clearly shows that our activities result from the awareness of shared responsibility for the natural environment and the promotion of pro-ecological activities.